French Film being filmed at My House

Last night I walked in to find a French film being filmed in my kitchen. It's a film about a cooking show. 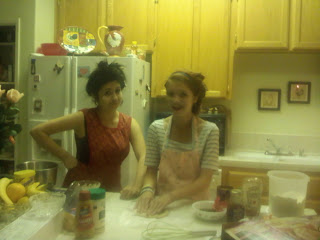 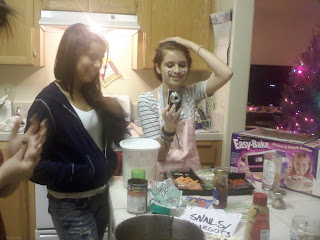 My daughter is the one with the curly mustache.
Note the easy bake oven.  I wonder what Julia Child would have to say about that?
Sorry for the blurry pictures but they were using my camera to film.  The Director of this film, Wyatt, seen below in a slightly ( I mean very) blurry picture is wearing my daughter's 80's sweater!
Did I ask why?  No. Some things should not be known to moms. 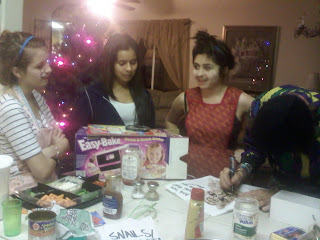 The whole crew - discussing and planing out the  next part of the film. Which will probably be filmed tonight.

I may not speak French but I could see that I'm not eating their pizza!! That's a snail on top and a twig from the yard.  YUCK!
Posted by Linda in Calif. at 3:16 PM