This is my saddest post ever.
It's taken me over a month to even start it. 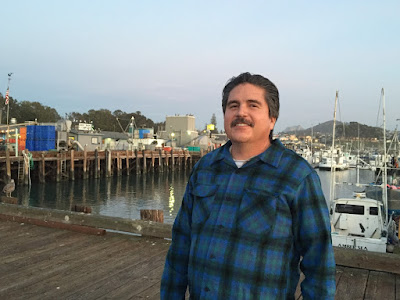 I've wondered should I say anything on my blog - it's so awful to love someone so deeply, and to just post a few words. That seems trivial.  And do a whole memorial wouldn't do him justice either. 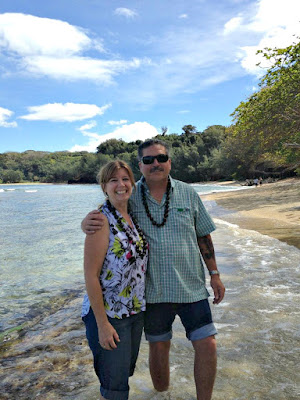 Well, I did say in my last post, I would probably have another excuse for not finishing Angela's quilt - and yeah this is it.  One of the first things I did was throw her quilt and the machine in the closet.  (NEVER had my machine been in closet.)  I spend so many happy, relaxed hours sewing while Mark sat by me or watched TV with me.  I just couldn't face that quilt.  (The fact that it's black doesn't help either.)

So do you want to hear about Mark?  What kind of man he was?
I'll start by telling you this - some of you may not believe it but it's the truth.

I was getting ready for church when God told me that I was going to meet my husband.  NOPE - NO WAY - I told God I didn't want another one of those!
I even considered not going to church - but I did and met several new men.
(Ha Ha God very funny)

Well, that night at church I wanted to listen to the service and get the heck out of dodge.  But someone stopped me at the door - and that gave Mark just enough time to dish me up a plate of food. Well, there I was stuck.  Here's this nice guy with a plate of food - so I was polite, ate and ran.

But he did get my number, we talked, dated and married. (you sort of knew that part didn't you?)

Mark always was the best husband.  We had a little unspoken game called "see who could be the kindest, sweetest, more caring to each other".  He was so good at it - I could barely keep up with him. 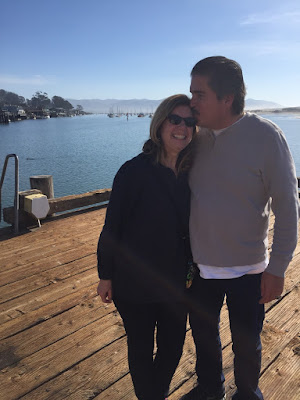 I like that Mark was such a hard worker.  He always had to have a goal - usually something materialist to work for.  A Harley Motorcycle, our pool, the house.  Didn't really matter what - just something. 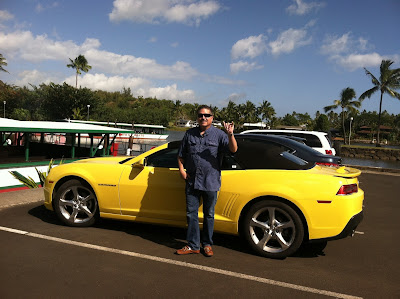 You know, I went through his things and one of the things I found was a certificate for a 6-week bible study class we attended. It was something he had worked for, something he had earned; He was proud of that.
I am so thankful I married a Christian man.

I remember one lunch (we had lunch together almost EVERY SINGLE DAY OF of our 22 years of marriage.) we met a young woman and she had problems.  He explained what turning his life over to God had done for him, and suggested she do the same.  This sort of thing often happened.  He wasn't shy about his faith, yet didn't push it on people. I admired that about him.

He truly was such a good honest man.
He would say it was so that God could bless us.  You know, I think he's right.
He wouldn't cheat at anything - (expect board games! Which made us all mad or made us laugh.) 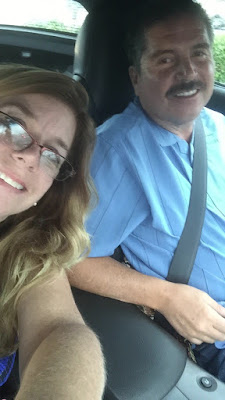 I remember when Mark bought the Harley - paid cash - saved it up, working hard.  And I was so worried!  What kind of man had I married?  Would he be a stereotypical biker? No - He had such a gentle soul.  And we had so many wonderful rides and good times on that bike. 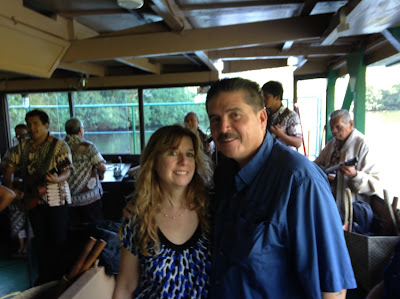 Mark is really the love of my life.  We hung out together all the time.  We swam in the pool and walked the dogs.  We camped and went to Vegas.  We cooked dinner together, raised our daughters, enjoyed our grandchildren.  Went to the grocery store together - I went on his job estimates, and set up jobs with him on the weekends.  We just loved being together. 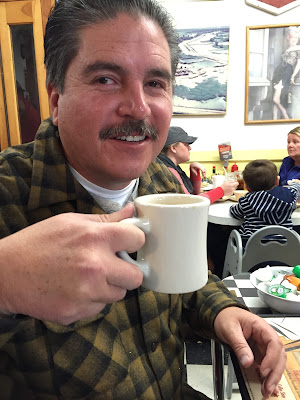 He was in so much pain, he could barely enjoy life.  I'm thankful to God that he took him in such a kind way - he died in his sleep - it was his heart. 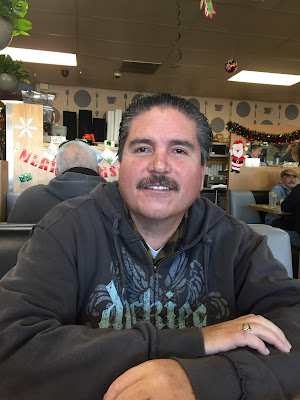 So while I happy that he is no longer in pain, life has not been the same without him.